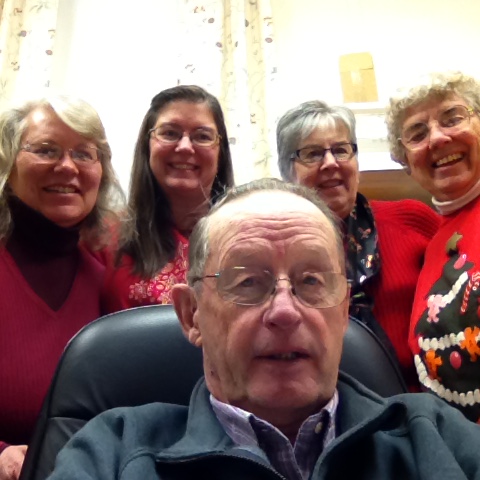 The Select Board’s Assistant and Clerk of the Board is Kristin Powers, pawletselectboard@gmail.com

Other Town Officers and Appointments

Descriptions of Town Offices from the VT Secretary of State:

Collector of Delinquent Taxes (elected) – Collects delinquent taxes for the town.  Should be good with numbers and also able to work with people who are in difficult circumstances.  Should also have thick skin.  17 V.S.A. § 2646(9)

Constable (elected) – In some towns the constable is the town’s local law enforcement officer, with all powers of search, seizure and arrest within the town. In other towns the constable only has the power to serve civil process, assist the health officer in the discharge of his or her duties, destroy unlicensed dogs, kill injured deer, remove disorderly people from town meeting, and, if the First Constable, to collect taxes, if no tax collector is elected. Should be good at de-escalating and resolving conflicts.  Pawlet has a First Constable and a Second Constable.  17 V.S.A. § 2646(7)

Fence Viewers (appointed) – Three viewers are appointed by the selectboard each year. When called upon, they examine fences and other boundaries within the town.  24 V.S.A. § 871

Grand Juror (elected) –  Helps to prosecute criminal offenses that occur in the town by giving information to state and local law enforcement.  (Generally not a very active position).  17 V.S.A. § 2646(10)

Health Officer (appointed) – Appointed by the Commissioner of Health to a 3-year term after recommendation by the Town Selectboard. Enforces the rules and regulations for the prevention and abatement of public health hazards.  18 V.S.A. §601

Inspectors of Lumber (appointed) – Appointed upon request to examine, measure, and classify the quality of lumber, shingles and wood sold within the town.  24 V.S.A. § 871

1. Elections: Justices of the peace are members of the board of civil authority (BCA). Members of the BCA serve as election officials at town elections by Australian ballot and statewide elections. Justices also are responsible for delivering absentee ballots to voters at election time.

2. Tax Abatement and Appeals: Justices of the peace sit as members of the town board for abatement of taxes to determine whether a taxpayer’s tax obligation should be forgiven under certain circumstances. Justices of the peace also serve an important role in the town’s tax appeal process. As a member of the board of civil authority, justices sit to hear and decide appeals when citizens do not agree with the final decision of the listers.

3. Civil Marriages: Justices of the peace may also solemnize civil marriages in Vermont.

5. Magistrate: Justices of the peace may also serve as a magistrate when so commissioned by the Supreme Court.

Listers (elected) –  Appraise property within the town for the purpose of property tax assessment.  Should be able to be polite, yet firm, and not be oversensitive to criticism.  17 V.S.A. § 2646(5)

Moderator (elected) –  Runs the Annual and Special Town/School Meeting. Should have a good sense of humor, be good at group process, and have experience following Roberts Rules of Order.  17 V.S.A. § 2646(1)

Planning Commissioners (appointed or elected) – Appointed unless town votes to elect. Duties include preparing a municipal plan, making recommendations on matters of land development, conservation, and preservation, and participating in a regional planning program. Makes site plan and subdivision permit decisions unless there is a Development Review Board in town. Should have a good working knowledge of all aspects of the town and be able to listen to many sides of an issue.  24 V.S.A. § 4323

Selectboard members (elected) –  General supervision and control over town, enacts ordinances, regulations and policies for town, oversees town property and personnel, prepares, presents and manages budget, oversees roads, including laying out, discontinuing and reclassifying roads.  Sits as local board of health, liquor control commission and sewer commission. Should know the town well, be able to understand all sides of complex issues, and have very thick skin.  17 V.S.A. § 2646(4); 17 V.S.A. § 2649

Town Agent (elected) – The town agent used to prosecute and defend suits. The selectboard now has that authority. Thus, the Town Agent’s duty consists merely of assisting when litigation is in progress at the request of the selectboard. (Generally not a very active position.)  17 V.S.A. § 2646(11)

Town Clerk (elected) – Records, preserves and certifies the public records of the town, issues dog, marriage, civil union and hunting and fishing licenses and motor vehicle renewals. Runs the local elections, serves as clerk of the Board of Civil Authority, and hears tax abatement requests and tax appeals. Should have the patience of a saint and be a good ambassador for the town.  17 V.S.A. § 2646(2)

Town Forest Fire Warden (appointed) – Appointed by the fire commissioner with the approval of the selectboard. Prevents forest fires in the town by enforcing the laws designed to prevent forest fires.  10 V.S.A. § 2641

Town Services Officer (appointed) – Appointed on or before April 15th of each year. Assists individuals within the town who require emergency food, fuel or shelter assistance when the Vermont Department of Social Welfare is not available.  33 V.S.A. § 2102 et seq.

Town Treasurer (elected) –  Keeps the town and school’s accounts (unless a separate school treasurer is elected), invests money (with the approval of the legislative body) keeps a record of the taxes voted and pays orders drawn on him or her. Should be very precise, detail oriented and good at math.  17 V.S.A. § 2646(3)

Town Tree Warden (appointed) –  Plans and implements a shade tree preservation program for the purpose of shading and beautifying public places. Removes diseased, dying or dead trees which create a hazard to public safety or threaten the effectiveness of disease or insect control programs.  24 V.S.A. § 871

Zoning administrator (appointed) –  Appointed by the planning commission with the approval of the selectboard. Approves or denies applications for zoning permits. Administers the municipal bylaws literally. Enforces regulations pertaining to the zoning ordinance.  24 V.S.A. § 4448

Zoning board of adjustment or development review board members (appointed) –  Holds hearings and makes decisions on land use permit applications and appeals from decisions of the zoning administrator.  24 V.S.A. § 4460